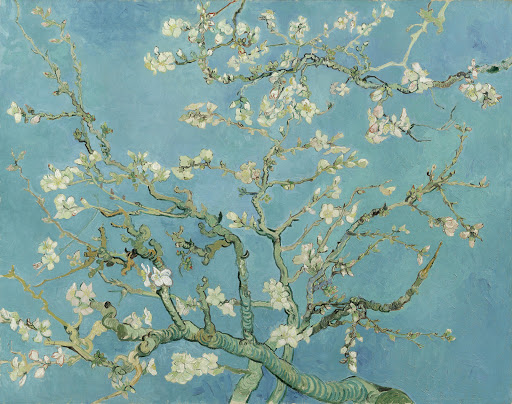 Large blossom branches like this against a blue sky were one of Van Gogh’s favourite subjects. Almond trees flower early in the spring making them a symbol of new life. Van Gogh borrowed the subject, the bold outlines and the positioning of the tree in the picture plane from Japanese printmaking.The painting was a gift for his brother Theo and sister-in-law Jo, who had just had a baby son, Vincent Willem. In the letter announcing the new arrival, Theo wrote: ‘As we told you, we’ll name him after you, and I’m making the wish that he may be as determined and as courageous as you.’ Unsurprisingly, it was this work that remained closest to the hearts of the Van Gogh family. Vincent Willem went on to found the Van Gogh Museum.