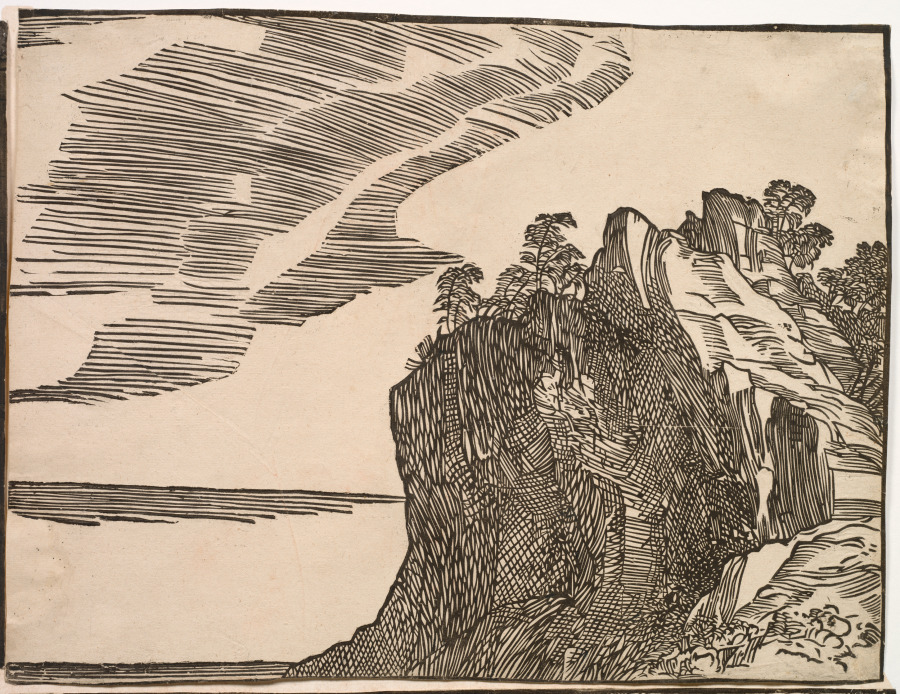 The Submersion of Pharaoh's Army in the Red Sea

Oggetto: Print
Because woodcuts emulate the artist's drawing style, prints after Titian's designs are very different from those of the German master Albrecht Dürer. Whereas Dürer's woodcuts exemplify control—crosshatching and parallel lines of shading are precise and uniform—Titian's lines in the Venetian manner are drawn with vigorous strokes that are bold, expressive, and irregular. An enormous, complex design, The Submersion of Pharaoh's Army in the Red Sea reflects the strength of Titian's drawing, which propels the narrative across several woodblocks to achieve a remarkable unity. The rolling clouds and turbulent sea culminate in the solid gravity of the magnificent cliff that overhangs the shore. Only a fragment exists from the first edition published in 1515, so the print is known solely in examples from the second edition of 1549. Probably inspired by Jacopo de Barbari's mural-sized map of Venice, Titian's monumental print was also conceived as a wall decoration and may have served as propaganda. Titian perhaps identified the Egyptians, drowned in the Red Sea as they pursued the fleeing Israelites, with the League of Cambrai, a military alliance formed by the major powers in southern Europe and a menace to Venice.
Fonte: The Submersion of Pharaoh's Army in the Red Sea, 1514-15 (printed 1549). Titian (Italian, c. 1488-1576). Woodcut; unframed: 41.9 x 55 cm (16 1/2 x 21 5/8 in.). The Cleveland Museum of Art, John L. Severance Fund 1952.296.4