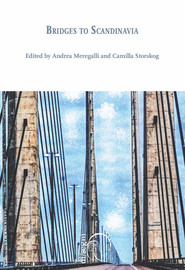 This volume is the final output of a project started in 2013 on the occasion of the fortieth anniversary of the Scandinavian Section of the University of Milan. A group of scholars working on different European and non-European cultural and literary traditions come together here to discuss the relationships between their areas of study and the Nordic countries. The range of the contributions expands over time and space, from the Middle Ages to the present day, from Poland in the east to the United States in the west, across various European countries. Through various kinds of expertise and different perspectives, this intercultural discourse deals with diverse themes, including the perception of Nordic culture(s) by foreign writers as well as the image of other cultures in Scandinavian works. In particular, the literary and cultural interchange of models and ideas between the North and other areas is investigated in a number of essays devoted to numerous authors, including, among others, Klaus Böldl, Carmen de Burgos, Carlo Emilio Gadda, Gerhart Hauptmann, Henrik Ibsen, Stieg Larsson, Carl von Linné, Rainer Maria Rilke, J.D. Salinger, Henryk Sienkiewicz, Mme de Staël, August Strindberg, and Tomas Tranströmer.
Il libro è disponibile in modalità Freemium: solo la pagina HTML è gratuitamente consultabile, per PDF e ePUB è da fare riferimento al piano Freemium di OpenEdition