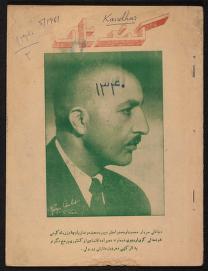 Civilization, social life and customs of Kandaha?r, Province of Afghanistan. Kandaha?r was founded in 1960 as the monthly magazine of the Pushto vernacular in Kandahar Province. It was established within the structure of the Kandahar-based Tolo-e Afghan newspaper, with Mohammad Wali Zulmay as the first editor in chief. In an editorial note dated April 21, 1961, and entitled ""With the Writers of Kandaha?r,"" the second editor in chief, Agha Mohammad Karzai, states that the objective of the magazine is ""to represent the culture of Kandahar for the purposes of writing and enlightening people on the subjects of history, literature, economy, and language."" Issues published between 1961 and 1974 contain articles on such topics as ""Contemporary Pushto Language and Pushto Identity,"" ""The Literature of China,"" ""Pushtonistan,"" ""Kandahar's Forty Towers Castle,"" ""The Emergence of the Novel in Russian Literature,"" ""Abraham Lincoln,"" ""The Unending War in Vietnam,"" and many others. What makes Kandaha?r interesting and important is its vernacular character. The magazine has been one of the major publications in Pushto produced and read in southern Afghanistan. It is a rich source of information about literary, historical, and political thinking in Afghanistan from the 1960s onwards, particularly in rural and provincial localities, and is especially valuable to scholars interested in Afghan history and culture. Kandaha?r averaged 30-50 pages every month. It almost always had colorful front and back covers with illustrations to accompany the text of the articles. Contributors to the magazine were often local and nationalist literary intellectuals from Kandahar as well as from throughout Afghanistan. Kandaha?r has continued publication up to the present day, but its contents have changed over time in ways that reflect the social and political dynamics in the country."