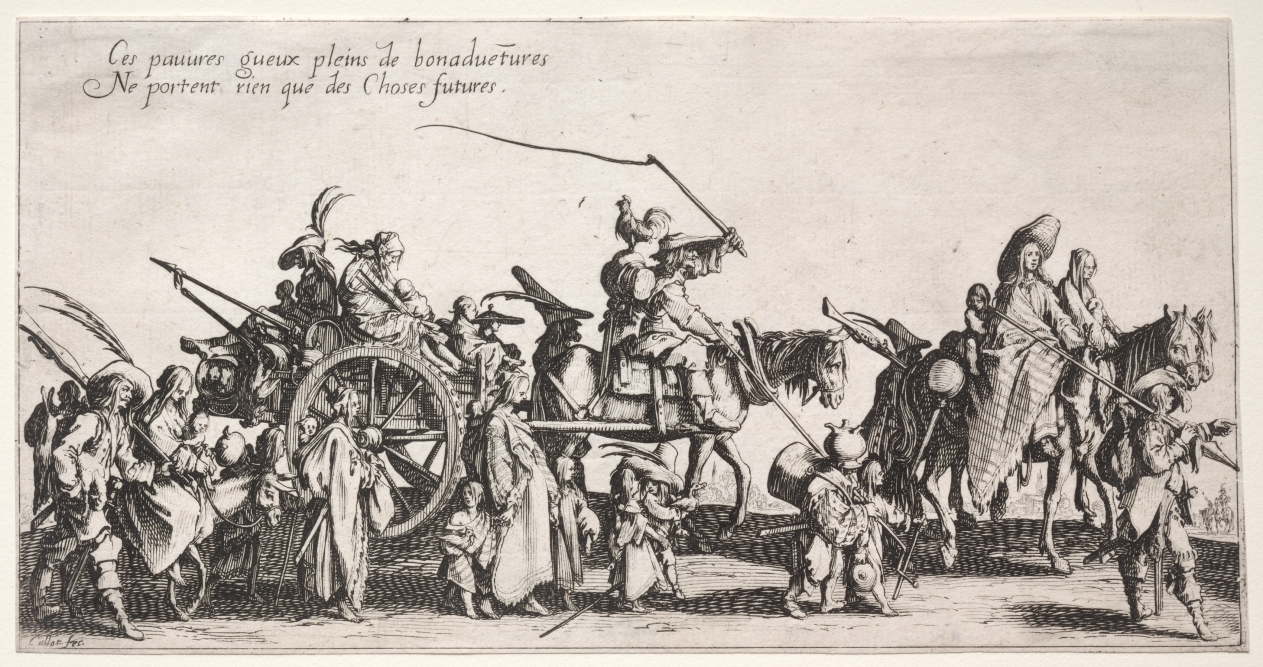 Oggetto: Print
Jacques Callot, a masterful draftsman, spent the greater part of his life at the ducal courts of Tuscany and Lorraine, where he produced prints to record festivals and theatrical performances. He also executed religious subjects and scenes reflecting many aspects of daily life including war, pervasive in 17th-century Europe. When returning to France from Italy, Callot probably saw bands of rootless men, women, and children—a common sight—which became the subject of The Bohemians. He conceived of these four prints as a long frieze; the lines in each of the sheets extend into the sheet that follows. The first two scenes depict a procession of scrawny horses and disheveled families in tattered, exotic clothing. The last two show these vagrants pillaging a farm and then enjoying a feast. The inscriptions, from left to right, comment on the action: "The only things these poor fortune-telling beggars carry with them are things yet to come. Are these not fine messengers, straying through foreign lands? You who take pleasure in their words, watch out for your blancs, testons and pitolles (coins). When all is said and done, they find that their fate is to have come from Egypt to this feast."
Fonte: The Bohemians: The Bohemians Marching: The Rear Guard, c. 1621-1625. Jacques Callot (French, 1592-1635). Etching and engraving; sheet: 12.4 x 23.8 cm (4 7/8 x 9 3/8 in.). The Cleveland Museum of Art, John L. Severance Fund 2004.42.a