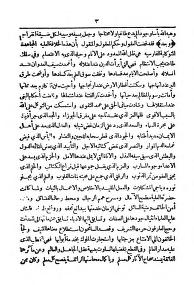 Abu Abdullah Muhammad Ibn Battuta, better known simply as Ibn Battuta (1304--circa 1377 AD) was a Berber Muslim scholar and traveler, who was born in Tangier, Morocco. He is considered one of the greatest travelers of all time, and is well known for the account of his travels and excursions. The full title of the book of his journeys is Tuhfat al-anzar fi gharaaib al-amsar wa ajaaib al-asfar (A gift to those who contemplate the wonders of cities and the marvels of traveling), but it is commonly referred to as Ibn Battuta's Rihla (rihla means journey). Propelled by the quest for adventure and knowledge, Ibn Battuta set out on this journey when he was just 21 years old, initially intending to go on the hajj to Mecca. The journey, however, spanned almost 30 years. In that period, he covered nearly the entirety of the known Islamic world and beyond: from North Africa, West Africa, Southern Europe and Eastern Europe in the west, to the Middle East, Indian subcontinent, Central Asia, Southeast Asia and China in the east, a distance greatly surpassing that covered by his predecessors or by his near-contemporary, Marco Polo. When Ibn Battuta finally returned to Morocco in the early 1350s, he was commissioned by Abu Inan Faris, the sultan of Morocco, to produce an account of his travels. Ibn Battuta then dictated his story to the poet Ibn Juzayy al-Kalbi.