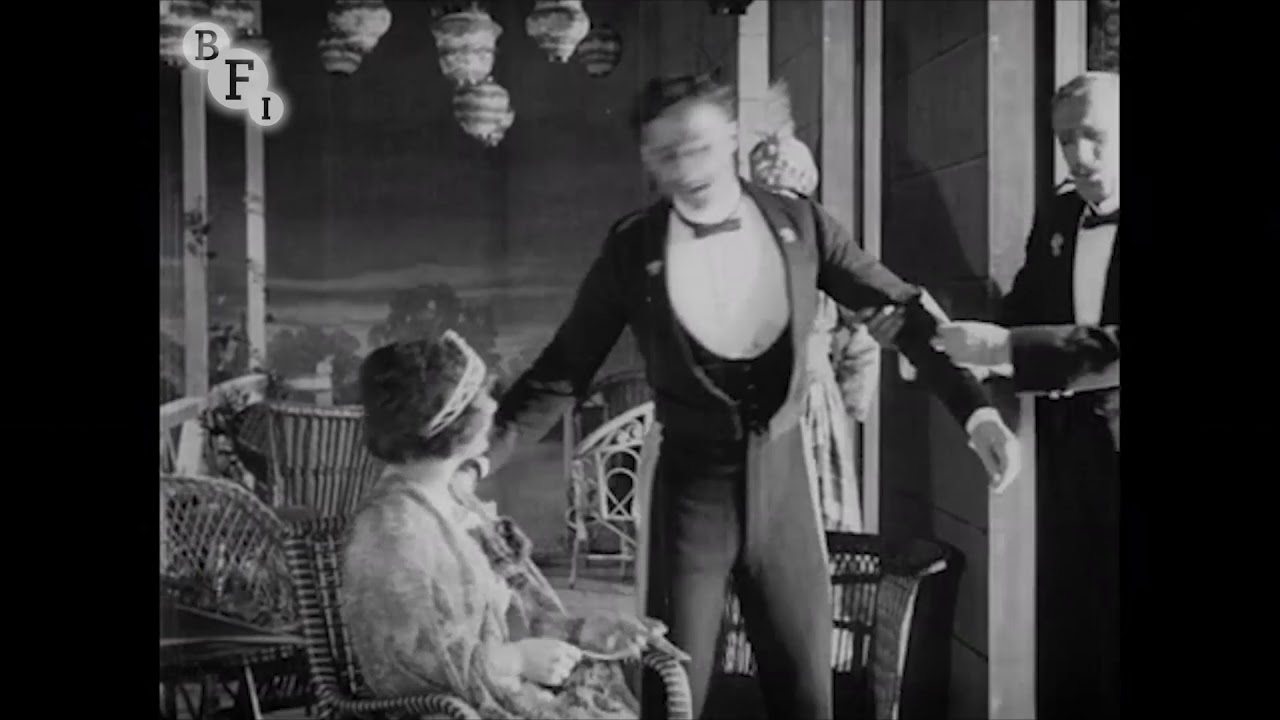 Fa parte degli Orphan Works del British Film Institute
Durata: 14 min.
An Indian maharajah falls for an aristocratic Englishwoman with disastrous consequences in this silent short| sadly missing its final scenes. Will he redeem himself after an ill-fated vendetta against his beloved's beau? Indian characters played by white actors in makeup appear outdated today| yet were relatively common in the 1910s| when filmmakers mined public fascination with eastern exoticism. This film was produced by the Twickenham-based London Film Company (no connection with the London Films run by Alexander Korda from the 1930s to 50s)| and was one of many shorts made quickly and relatively cheaply for screening in mixed cinema programmes. Director Harold Shaw had been brought over from America to inject a dash of Hollywood verve into British cinema| staying some eight years. Shaw's own wife Edna Flugrath plays the unfortunate heroine| Edith. The keen-eyed will spot that the main title card on this copy reads 'The Ring and the Rajar'| and bears the imprint 'Selig'. This is probably an American release print. To add to the confusion| the contemporary journal Bioscope referred to the film as 'The King (sic) and the Rajah' in its review. This video is part of the Orphan Works collection. When the rights-holder for a film cannot be found| that film is classified as an Orphan Work. Find out more about Orphan Works: http://ec.europa.eu/internal_market/copyright/orphan_works/index_en.htm. This is in line with the EU Orphan Works Directive of 2012. The results of our search for the rights holder of this film can be found in the EU Orphan Works Database: https://euipo.europa.eu/ohimportal/en/web/observatory/orphan-works-database Subscribe: http://bit.ly/subscribetotheBFI.