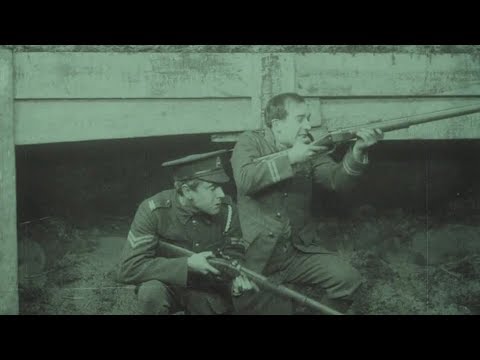 Fa parte degli Orphan Works del British Film Institute
Durata: 14 min.
Dramas in the early days of WWI often focused on individual acts of heroism| as they had during the Boer War era. With little aesthetic or dramatic progression since those early reconstructions| The Man Who Came Back seems| in some ways| a pale imitation of AEW Mason's The Four Feathers. But the plot introduces an interesting class angle| with the hero condemning the irresponsible upper classes. This video is part of the Orphan Works collection. When the rights-holder for a film cannot be found| that film is classified as an Orphan Work. Find out more about Orphan Works: http://ec.europa.eu/internal_market/c.... This is in line with the EU Orphan Works Directive of 2012. The results of our search for the rights holder of this film can be found in the EU Orphan Works Database: https://euipo.europa.eu/ohimportal/en... Subscribe: http://bit.ly/subscribetotheBFI.