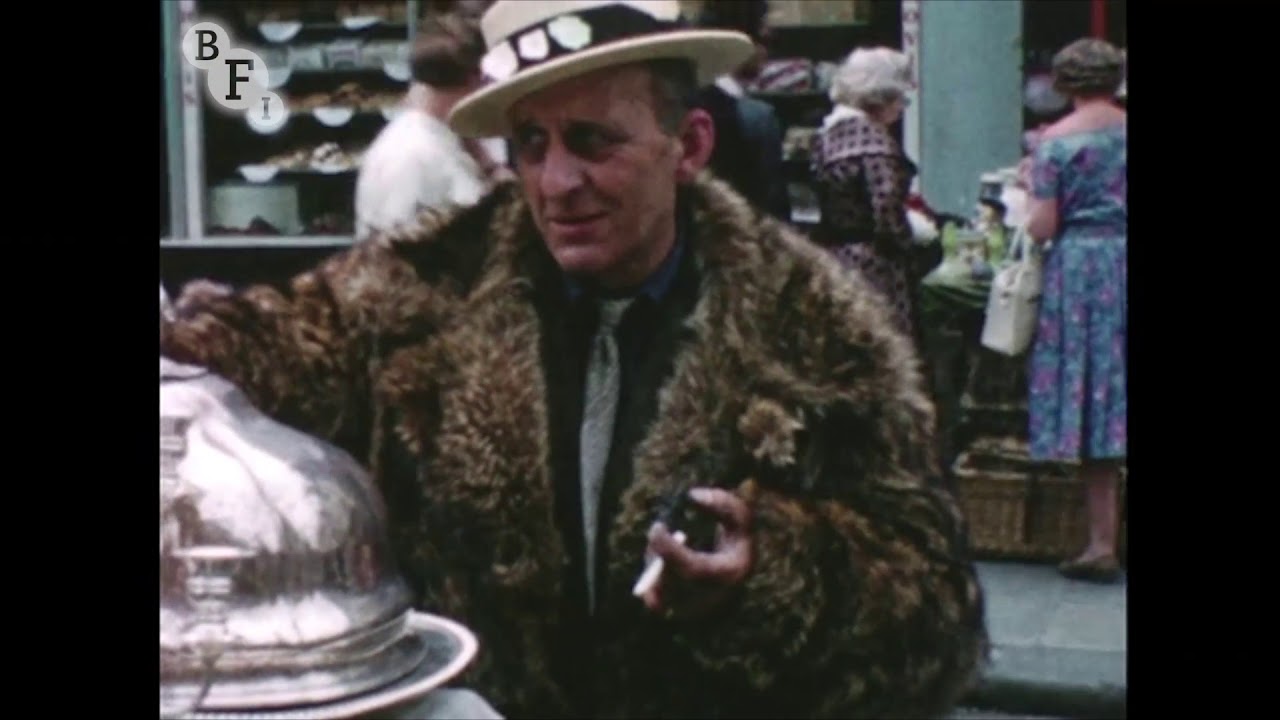 Fa parte degli Orphan Works del British Film Institute
Durata: 1 min.
Portobello's eccentric characters| its antique wares| clothing and odd assortments of bric-a-brac are all on display in this vivid amateur film. It was made by visiting Canadian Eileen D. Smith| who shot several home movies of her holidays in Britain in the 50s: compare this one with the equally colourful Petticoat Lane (1959) and Veteran Car Rally| Brighton (1962). Like many other famous London markets| Portobello Road had sold food and other essential items before the 1940s| when rag-and-bone men started to sell their finds. Today the market is rather more upscale. This video is part of the Orphan Works collection. When the rights-holder for a film cannot be found| that film is classified as an Orphan Work. Find out more about Orphan Works: http://ec.europa.eu/internal_market/copyright/orphan_works/index_en.htm. This is in line with the EU Orphan Works Directive of 2012. The results of our search for the rights holder of this film can be found in the EU Orphan Works Database: https://euipo.europa.eu/ohimportal/en/web/observatory/orphan-works-database Subscribe: http://bit.ly/subscribetotheBFI.