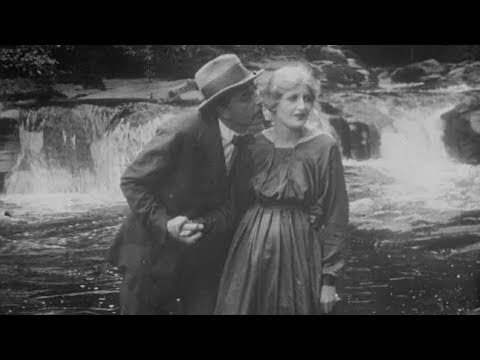 On the Banks of Allan Water (1916) | BFI National Archive

Fa parte degli Orphan Works del British Film Institute
Durata: 48 min.
Inspired by a popular 18th century ballad| this drama from the Clarendon Film Company is a contemporary setting of the tale in which a baronet's son falls for a miller’s daughter| who he spies on the banks of the eponymous Scottish river. Authentic locations and a terrific storm scene partially rescue this implausible modern retelling| in which the heroine appears to attempt suicide when the hero has trouble extracting himself from a dinner party. This video is part of the Orphan Works collection. When the rights-holder for a film cannot be found| that film is classified as an Orphan Work. Find out more about Orphan Works: http://ec.europa.eu/internal_market/c.... This is in line with the EU Orphan Works Directive of 2012. The results of our search for the rights holder of this film can be found in the EU Orphan Works Database: https://euipo.europa.eu/ohimportal/en... Subscribe: http://bit.ly/subscribetotheBFI.