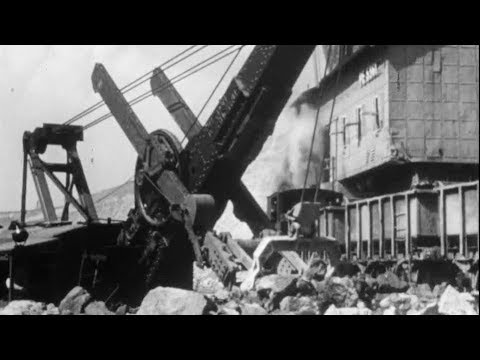 Iron and Steel Supply of the World (1947) | BFI National Archive

Fa parte degli Orphan Works del British Film Institute
Durata: 12 min.
Fancy time-travelling into a 1940s classroom? This film on the global economics of steel is typical of hundreds by Gaumont-British Instructional| the era's leading educational filmmakers. When watching| it's interesting to ponder the average pupil's reaction: stimulated| bored| or pleasantly diverted by the novelty of a film in class? And interesting| too| to note how radically different - in form and content - this film would be if made today. This item was part of a World Economic Geography series| aimed at 11 to 15 year olds and supplied to schools with teaching notes. Other subjects included the fishing| wool and tobacco industries. In the light of later| friendlier educational styles| it's easy to scoff at the stiff didactic tone and tidy combination of images| maps and graphics with dry commentary. But at the time| visual learning was a progressive move and the production company's films rigorously reflected the advice of their educational consultants - see for example the careful summary at the end of this film of what the viewer has learnt. As for the topic of iron and steel production and distribution| globalisation has since redrawn the map - literally. This video is part of the Orphan Works collection. When the rights-holder for a film cannot be found| that film is classified as an Orphan Work. Find out more about Orphan Works: http://ec.europa.eu/internal_market/c.... This is in line with the EU Orphan Works Directive of 2012. The results of our search for the rights holder of this film can be found in the EU Orphan Works Database: https://euipo.europa.eu/ohimportal/en... Subscribe: http://bit.ly/subscribetotheBFI.