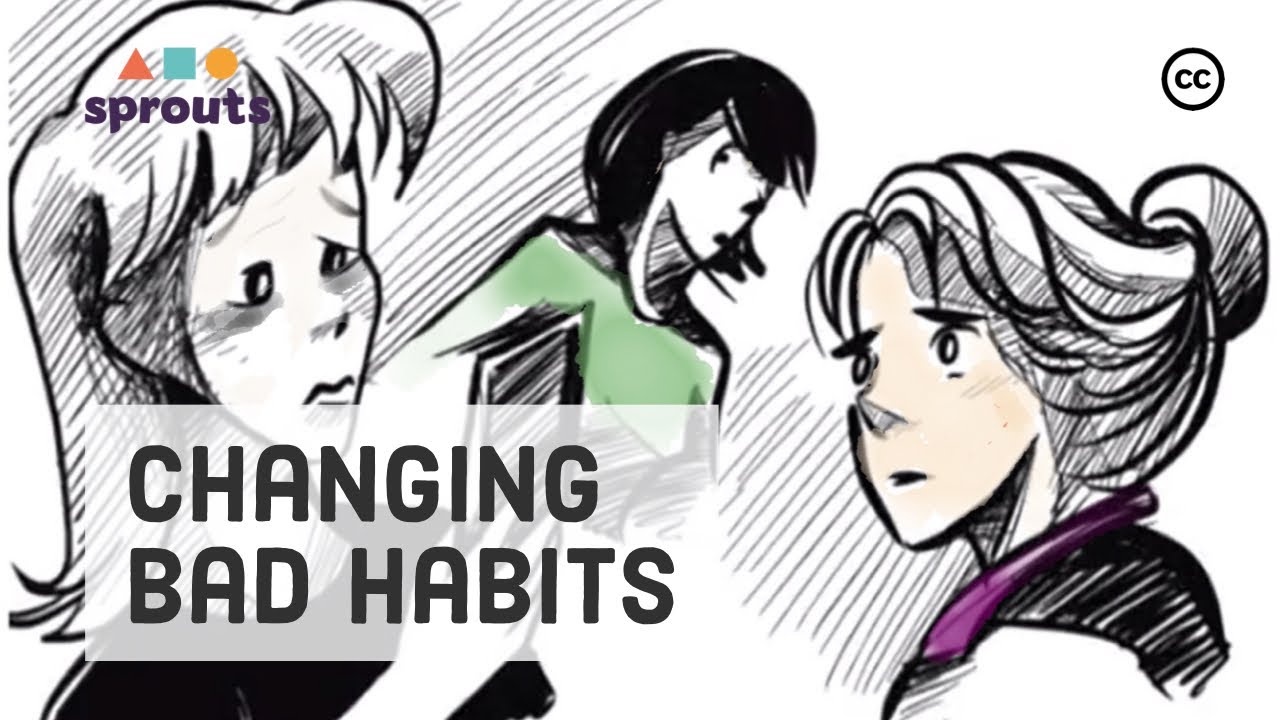 How to Change Bad Habits

To form a habit, you need to repeat a behavior until its reflected in the structure of your brain. Its often best done in tiny steps. To support our channel, you just need 1 dollar - Another great video: The book: "Power of Habit" by Charles Duhigg: http:// Full script: A habit is a fixed way of thinking that leads to automatic behavior. The benefit is we don’t have to rethink again and again what to do. It just happens and can have good side effects . But a bad habit can also hurt us or hold us back from progressing . Although, like anything, we can learn and unlearn them. But first, let's try to understand where they come from. Habits are made by experiences creating fixed ways of thinking inside our brain . To explain this, let's compare what happens inside your brain to what happens on a farm . There is a farmer named Joe, his vegetable garden, the chicken shed and a mailbox . Every morning farmer Joe first walks to the vegetables , then checks on his chickens , then collects his mail and then walks back to the house . After a few days of this routine, his trace becomes more visible on his farm . After a few months, the trace becomes fixed pathways . Not only on his farm, but also inside his brain. One night Joe has a magical dream where he discovers his love with all living creatures . The next day he sets all of his chickens free . The funny thing is though, instead of adjusting his behavior, he still walks blindly from the vegetable garden to the chicken shed . The trace on the ground, and inside Joe’s brain are now just too deep. To leave the path of habit, we have to go down a new road . This takes time multiple repetitions of our new desired behavior and willpower to keep going. . A habit is often a response to a certain trigger, which follows a routine and usually ends with a reward. This is also called a habit loop . Joe’s trigger are the vegetables. As soon as he waters the last tomato , he starts his next routine to automatically walk to the chickens. His reward is to find eggs. And because rewards release dopamine, a neurotransmitter that makes our brain first happy and then hooked, we get stuck and can’t let go anymore. Joe's sister lives in the city. She has a funny habit. Whenever she hears her phone, she automatically looks at the screen. Most of the time it's just a random irrelevant message . This happens even if something far more important was happening right in that moment . The sound from the phone triggers a routine in the hope for a sweet reward and some of that addictive dopamine. To change a habit, journalist Charles Duhigg recommends redesigning the habit loop . Say you like going to the movie theater, but whenever you do, you eat too much of that sweet popcorn. In this case your trigger is the popcorn stand that you pass by whenever you go to the movies. Your routine is buying that popcorn. And your reward is snacking during the film. To change your habit, you could keep the trigger and keep the reward, but replace the routine. Instead of sweet, get salty popcorn. Later maybe even fruits. If a problem gets very serious , remove the trigger. Stop buying movie tickets. If we can’t leave our phone alone, we can turn off all the notifications . And if we have friends that get us into situations that can trigger a bad habit, we can make new friends that don’t. Some habits are tricky. Procrastination for example. There is no clear trigger, routine or reward. It just happens. Habits like that can be changed in tiny steps that leads to small rewards. Next time you procrastinate, try to make some short breaks in which you focus. Your trigger can be the full hour on your clock. Once you hear it, focus on your work even if it is just for 5 minutes. After, reward yourself with a piece of chocolate. The very first day you do that, you will already create some new traces in your brain and the next day some more . After a few weeks, it will be easy to walk down that road. Many small steps added together, make a big difference over time. After all, we still have our entire life in front of us. And to becomes successful, good habits are probably our best bet. As the famous poet John Dryden wrote: “We first make our habits, and then our habits make us.” Tell us. Have you ever learn or unlearned a habit? Please share your experience in the comments below! Sources: http://psyserv06.psy.sbg.ac.at:5916/fetch/PDF/10978569.pdf http://exerciseinc.com/how-to-start-a-new-habit/ https://www.mpg.de/7426068/F001_Focus_020-026.pdf
Durata circa 4 minuti