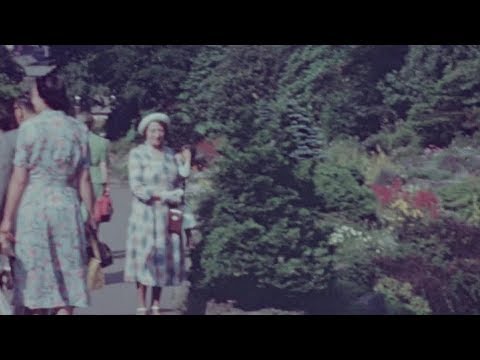 Fa parte degli Orphan Works del British Film Institute
Durata: 17 min.
North Yorkshire may not seem a classic holiday destination| and yet Harrogate has been voted the happiest place to live in Britain and the third most romantic destination in the world. This amateur film mixing black and white film with Kodachrome colour captures many of the charms of the region. This humble holiday would still be beyond the reach of many in the midst of post-war austerity| venturing to nearby Knaresborough and further afield to sunny Scarborough. This video is part of the Orphan Works collection. When the rights-holder for a film cannot be found| that film is classified as an Orphan Work. Find out more about Orphan Works: http://ec.europa.eu/internal_market/c.... This is in line with the EU Orphan Works Directive of 2012. The results of our search for the rights holder of this film can be found in the EU Orphan Works Database: https://euipo.europa.eu/ohimportal/en... Subscribe: http://bit.ly/subscribetotheBFI.