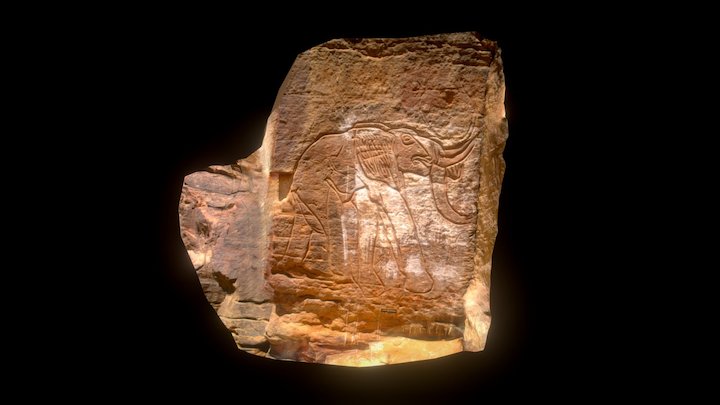 This engraving of an elephant, almost 1m wide, is carved into a sandstone rock face in Wadi Mathendous, in the Messak Plateau in Libya. Wadi Mathendous defines a wide area, with the valley and its tributaries containing tens of thousands of rock art engravings ' only a few paintings have been located thus far ' mostly depicted on vertical rock faces. As a whole, Wadi Mathendous and its surrounding area constitutes the core of the Messak rock art.
Messak rock art has been known to archaeology since the 1850s and has been more extensively studied in the 20th century. The area is home to some of the oldest engravings in the Sahara desert (possibly as much as 10,000 years old) and some of the most well-known depictions in Saharan rock art.
http://ow.ly/wm0R300FtMG This model was created using original photographs from the African rock art image project, supported by the Arcadia Fund. For more information visit www.britishmuseum.org/africanrockart