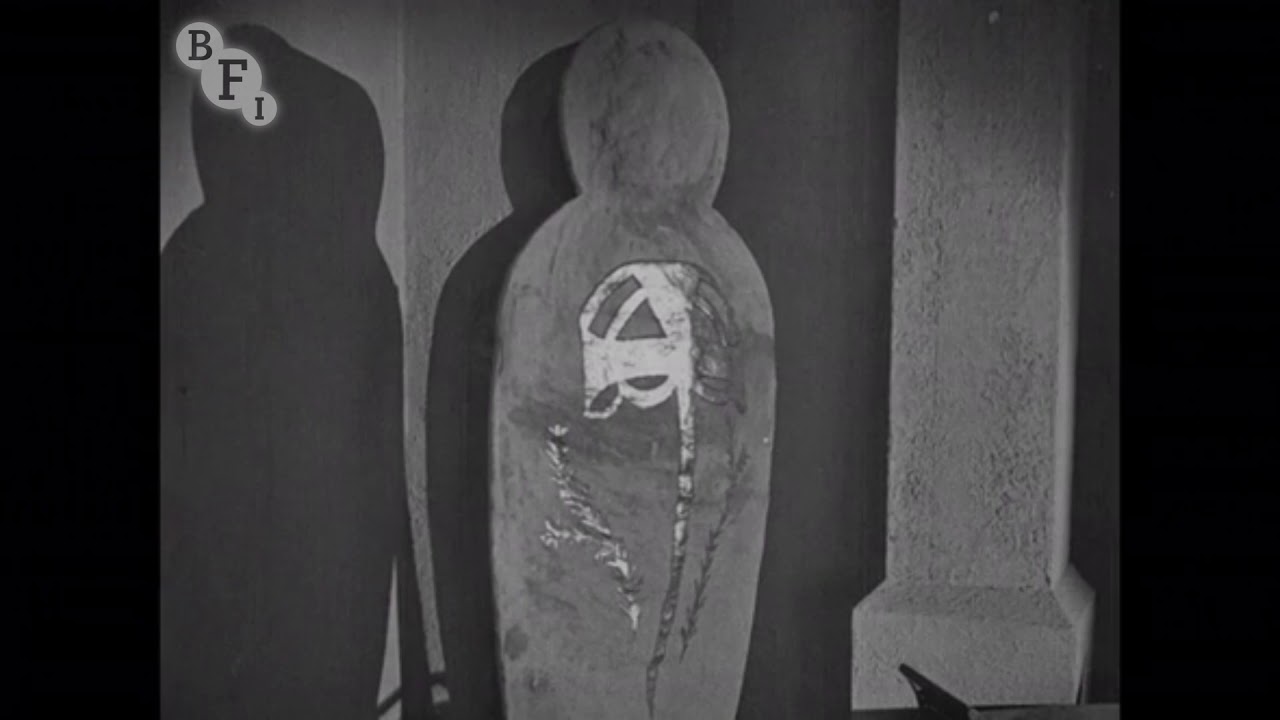 Fa parte degli Orphan Works del British Film Institute
Durata: 29 min.
In this only surviving episode of action-adventure serial Dr Sin Fang| Lt John Byrne and Bill Riggers are on the hunt for the criminal doctor| who is hell-bent on locating a lost ‘sacred seal’. A trader hoping to make a quick buck on the seal is lured to Fang’s lair| where he and Riggers are held prisoner in Fang’s torture cage. Only Byrne’s fiancée| Betty Harbray| can save the day. Dr. Sin Fang borrowed many of the performers (and plot conceits) from the hugely successful Fu-Manchu serials. Producer Fred Paul had played Nayland Smith in The Mystery of Dr. Fu-Manchu and went on to direct The Further Mysteries of Dr. Fu Manchu. Star Harry Agar Lyons brings much of Fu-Manchu to his portrayal of the lesser-known| but equally evil| Sin Fang. This serial was made on a much lower budget than Fu-Manchu and only ran to six parts - this was the fifth. This video is part of the Orphan Works collection. When the rights-holder for a film cannot be found| that film is classified as an Orphan Work. Find out more about Orphan Works: http://ec.europa.eu/internal_market/copyright/orphan_works/index_en.htm. This is in line with the EU Orphan Works Directive of 2012. The results of our search for the rights holder of this film can be found in the EU Orphan Works Database: https://euipo.europa.eu/ohimportal/en/web/observatory/orphan-works-database Subscribe: http://bit.ly/subscribetotheBFI.