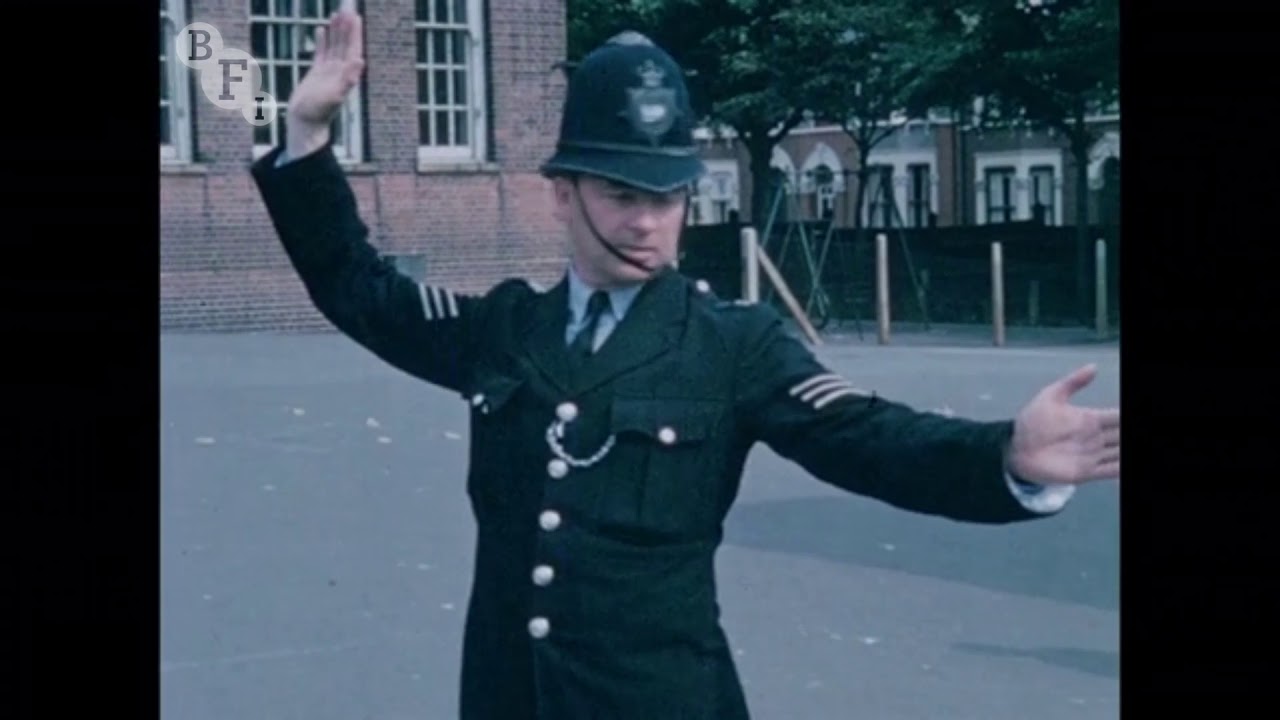 Fa parte degli Orphan Works del British Film Institute
Durata: 15 min.
You can almost smell the chalk dust and hot asphalt in this colourful film about two schoolboys| who take their cycling proficiency test so they can cycle safely to school from their homes in South East London. Helped by some very-60s visual aids - dummy road signs| a slide show and a real-life policeman - the lads pass with flying colours and get dad out of a fix with a broken-down motor. The wry commentary is spoken by Johnny Morris| a popular mainstay of children's television from the 60s to the 80s| who became famous for his role as the zookeeper and 'voice' of the animals in the long-running BBC series Animal Magic. This video is part of the Orphan Works collection. When the rights-holder for a film cannot be found| that film is classified as an Orphan Work. Find out more about Orphan Works: http://ec.europa.eu/internal_market/c.... This is in line with the EU Orphan Works Directive of 2012. The results of our search for the rights holder of this film can be found in the EU Orphan Works Database: https://euipo.europa.eu/ohimportal/en... Subscribe: http://bit.ly/subscribetotheBFI.