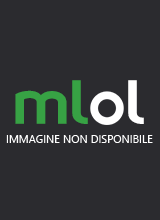 Fathers, pastors and kings: Visions of episcopacy in seventeenth-century France

This book explores how the conceptions of episcopacy shaped the identity of the bishops of France in the wake of the reforming Council of Trent (1545-63). It demonstrates how the episcopate, initially demoralized by the Wars of Religion, developed a powerful ideology of privilege, leadership and pastorate that enabled it to become a flourishing participant in the religious, political and social life of the ancien régime. Arguing that the traditional images portrayed by Trent and prelates such as Charles Borromeo of Milan did not offer a comprehensive model of episcopal spirituality, government and pastoral care, the study examines the distinctive images of episcopacy that were developed by French reformers and theologians to respond to the specific demands of ecclesiastical leadership and reform in seventeenth-century France. It then assesses the ways in which an increasingly assertive episcopate put these ideals into practice, and explains that the bishops' tempestuous relations with the religious orders, the Jansenists, the papacy and the Bourbon monarchy were profoundly shaped by their gallican, conciliarist and independent views of episcopal duties and prerogatives. This is the first publication to analyse the attitudes of Tridentine bishops towards their office by considering the French episcopate as a recognisable caste, possessing a variety of theological and political principles that allowed it to dominate the French church. It will be indispensable to those interested in the culture of early modern catholicism and the ancien régime.