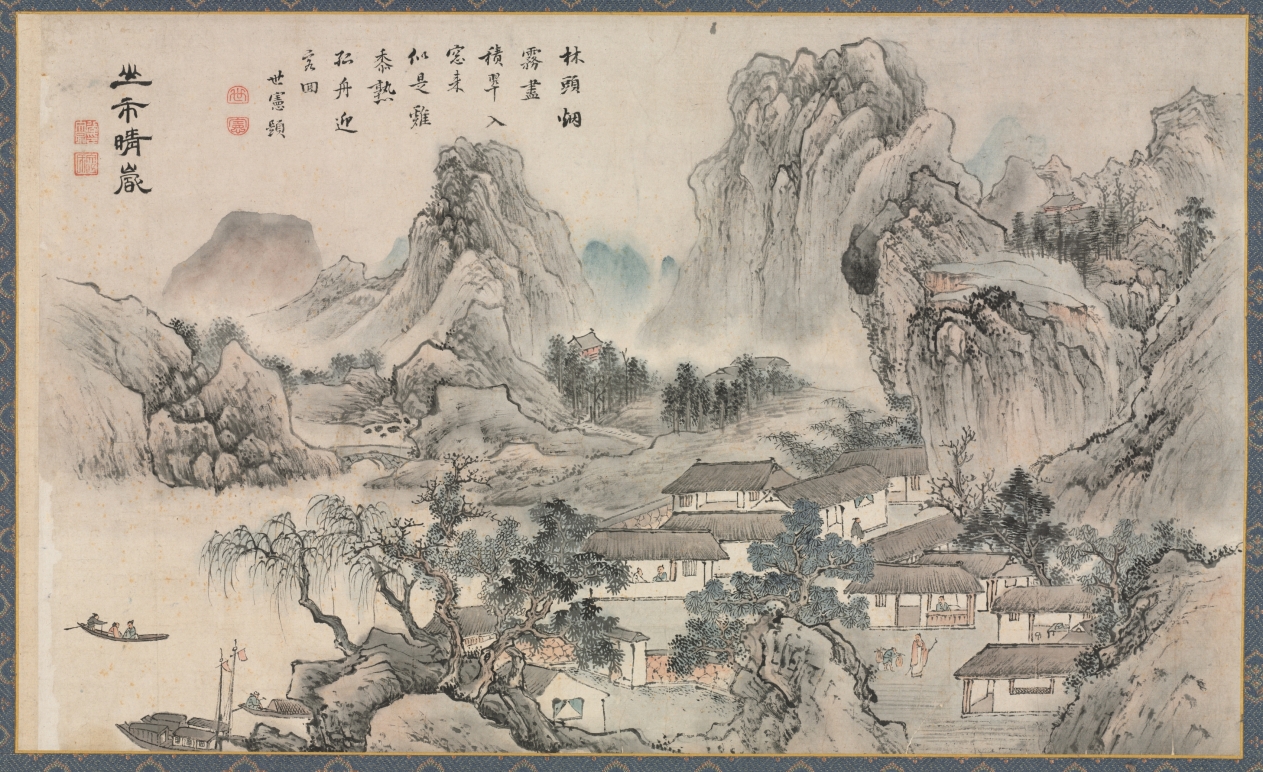 One of Eight Views of Xiao and Xiang Rivers

Oggetto: Painting
By the early age of 25, Tani Buncho had already mastered the literati painting style of the Ming dynasty Wu school. His 1788 paintings of the Eight Views of the Xiao and Xiang Rivers clearly show a style that differs from not only the Southern Song-inspired mode of Muromachi ink painting but also the Kano school. Inscriptions by the Confucian scholar Ichigawa Kansai (1749–1820) on Returning Sails Off a Distant Coast, and the inscriptions by other elites on the remaining sections, suggest that these Wu school-style paintings were possibly ordered by newly prominent Edo period Confucian scholars. Buncho’s original set of eight paintings seems to have been initially made as album leaves that were later remounted as hanging scrolls.
Fonte: One of Eight Views of Xiao and Xiang Rivers, 1788. Tani Bunchō (Japanese, 1763-1841). Sections of a handscroll mounted as hanging scrolls; ink and color on paper; image: 29.5 x 49 cm (11 5/8 x 19 5/16 in.); overall: 129 x 67 cm (50 13/16 x 26 3/8 in.). The Cleveland Museum of Art, Andrew R. and Martha Holden Jennings Fund 1980.188.1