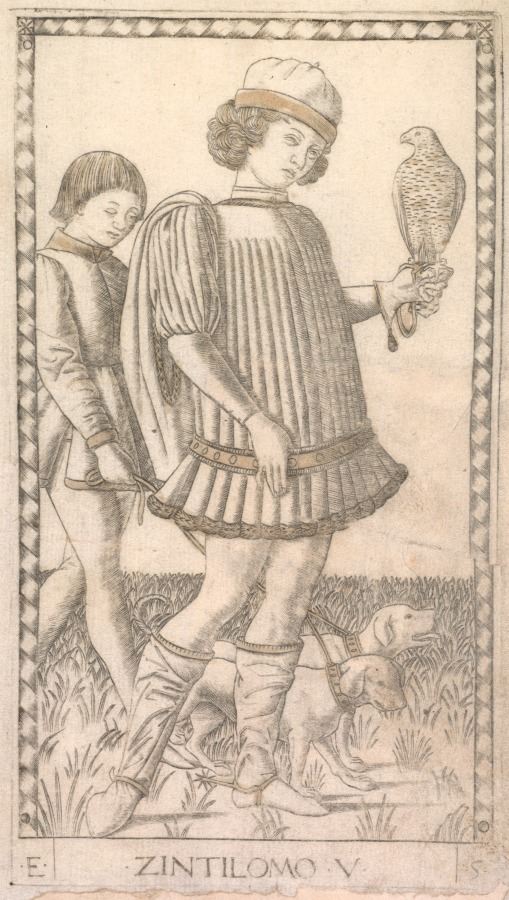 Gentleman (from the Tarocchi series E: Conditions of Man, #5)

Oggetto: Print
This set of 50 engravings, hand colored in gold, was the first treasure purchased by the print department in 1924. The traditional title for the series is a misnomer since the prints are not tarot cards; instead they may be a set of didactic images illustrating a philosophical hierarchy of the universe in which every component part is assigned its rightful place. The images are divided into five groups of ten and might be given the descriptive titles of Conditions of Man (which includes Gentleman); Apollo and the Muses; Liberal Arts; Cosmic Principles; and Firmaments of the Universe.
Fonte: Gentleman (from the Tarocchi series E: Conditions of Man, #5), c. 1465. Master of the E-Series Tarocchi (Italian, 15th century). Engraving, hand-colored with gold; The Cleveland Museum of Art, Dudley P. Allen Fund 1924.432.5