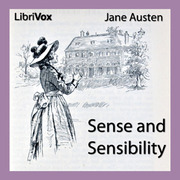 The two eldest Dashwood sisters, Elinor and Marianne, one of whom (Elinor) embraces practicality and restraint while the other (Marianne) gives her whole heart to every endeavor. When the Dashwoods - mother Mrs. Dashwood, Elinor, Marianne, and youngest sister Margaret - are sent, almost impoverished, to a small cottage in Devonshire after the death of their father and the machinations of their brother's wife, they accept their new circumstances with as much cheer as they can muster even though their brother and his wife have taken over the family estate and fortune. Marianne finds herself falling in love with the dashing Willoughby, who ends up being not all that he appears. Elinor, the more sensible of the two, falls for Edward Ferrars, a match that seems much more suitable. All of these pleasant connections are, however, soon disrupted. Willoughby leaves and ignores Marianne. Elinor finds out an unexpected secret about Ferrars that puts her on her caution in pursuing their relationship. As these complications develop, Marianne soon finds herself distraught despite having attracted another suitor, the reliable, but older, Colonel Brandon. Elinor steps into the breach to try to help her sister regain her equilibrium. Both learn what a broken heart can feel like and adjust in their own separate ways. Since this is an Austen novel and a romance, be assured that all comes right in the end. (Summary by Michelle Crandall)