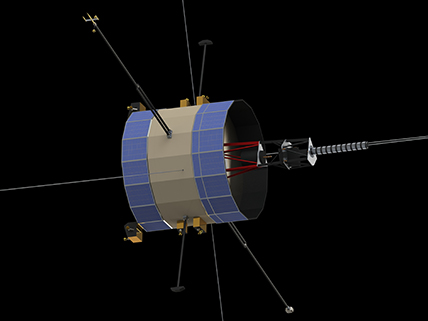 On August 10, 2014, ISEE-3/ICE (The International Sun-Earth Explorer-3/International Cometary Explorer) will return to the Earth-Moon system after 31 years. This historic spacecraft, launched in 1978, was the first to orbit the Sun-Earth L1 point (first Lagrangian Point) to study the solar wind. In 1983, after several close lunar flybys, it was sent off to become the first spacecraft to intercept a comet (Giacobini-Zinner). After the comet flyby, the spacecraft continued to drift farther from Earth in a solar orbit which brought it back again after about 3 decades. The return of ISEE-3/ICE provides an opportunity to train students in mission operations and, if it is healthy enough, could serve the science community once again.
Pagina della missione.