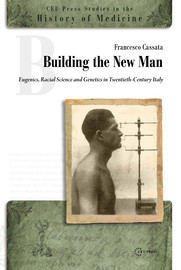 Based on previously unexplored archival documentation, this book offers the first general overview of the history of Italian eugenics, not limited to the decades of Fascist regime, but instead ranging from the beginning of the 1900s to the first half of the 1970s. The Author discusses several fundamental themes of the comparative history of eugenics: the importance of the Latin eugenic model; the relationship between eugenics and fascism; the influence of Catholicism on the eugenic discourse and the complex links between genetics and eugenics. It examines the Liberal pre-fascist period and the post-WW2 transition from fascist and racial eugenics to medical and human genetics. As far as fascist eugenics is concerned, the book provides a refreshing analysis, considering Italian eugenics as the most important case-study in order to define Latin eugenics as an alternative model to its Anglo-American, German and Scandinavian counterparts. Analyses in detail the nature-nurture debate during the State racist campaign in fascist Italy (1938–1943) as a boundary tool in the contraposition between the different institutional, political and ideological currents of fascist racism.