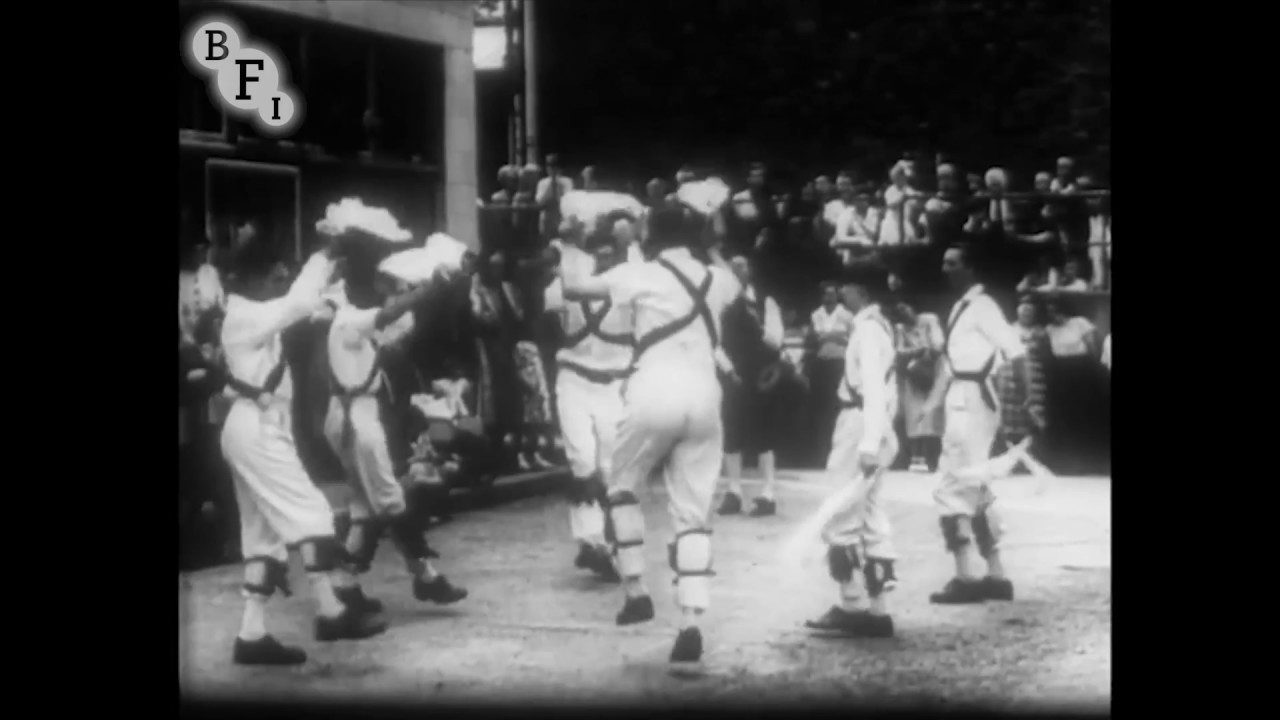 Fa parte degli Orphan Works del British Film Institute
Durata: 2 min.
A noble 600-year-old tradition is alive and well on the streets of Berkhamsted in Hertfordshire (home to the BFI's J. Paul Getty Conservation Centre). This charming amateur film from the early 1950s shows the morris men| accompanied by the traditional pipe and tabor| making merry outside the town's fabulous Art Deco Rex Cinema| with an impressively sizeable crowd lining the High Street to watch. Berkhamsted's Grade II listed Rex Cinema| opened in 1938| narrowly avoided dereliction and redevelopment to be restored to former glories in 2004. But the morris dance itself is the true survivor - having enjoyed a resurgence in popularity around the 1950s (when this film was shot)| around 800 British troupes currently ensure that this traditional dance is not allowed to die out. This video is part of the Orphan Works collection. When the rights-holder for a film cannot be found| that film is classified as an Orphan Work. Find out more about Orphan Works: http://ec.europa.eu/internal_market/c.... This is in line with the EU Orphan Works Directive of 2012. The results of our search for the rights holder of this film can be found in the EU Orphan Works Database: https://euipo.europa.eu/ohimportal/en... Subscribe: http://bit.ly/subscribetotheBFI.